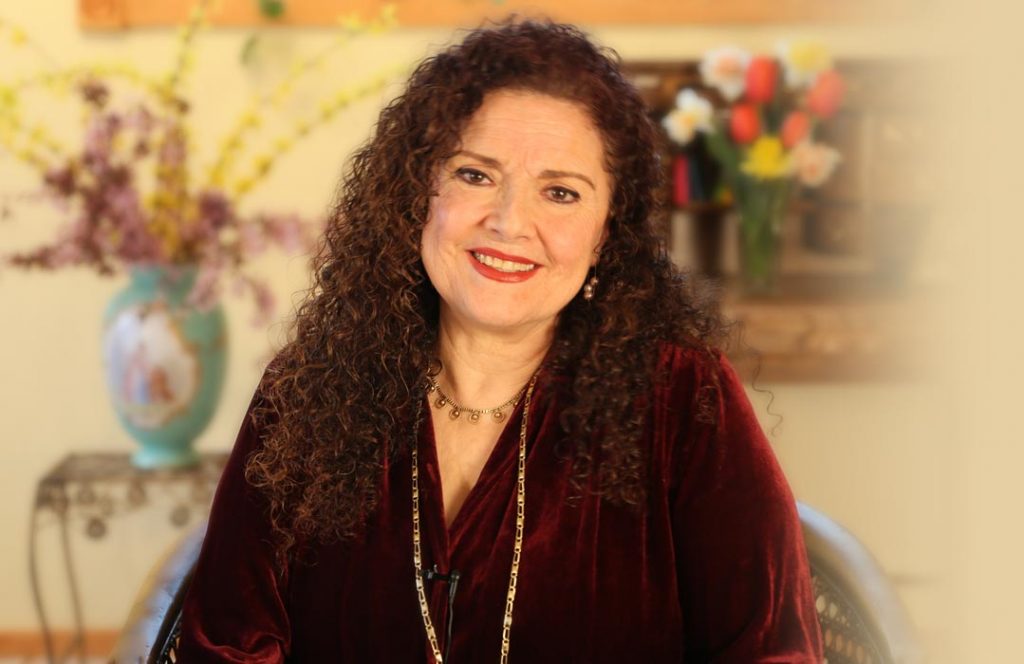 Author, artist and teacher Tiziana DellaRovere is the creator of The Sacred Lovers Within. Tiziana’s life’s work centers on her exploration of the deep psyche through her personal journey in the tradition of Christian mysticism and her work with thousands of clients across four decades of offering private sessions, trainings, retreats, and workshops.

Through this combination of devotional practice and service, Tiziana developed a revolutionary understanding of the interplay between the inner masculine and the inner feminine that dominates all aspects of our lives.

Over the course of her career, she discovered a potent method to harmonize the disparate elements of the deep psyche through her unique Descent and Enlovement Process. This methodology is at the very heart of the Sacred Lovers Within teachings, which heal personal traumas and destructive patterns by harmonizing the inner masculine and the inner feminine through the skillful application of divine love.

Born and educated in Italy, Tiziana grew up surrounded by artistic masterpieces, magnificent gilded churches, and the legacy of countless mystics from both the Catholic and Pagan traditions of the Mediterranean. However, despite her innate thirst for spiritual truths and her fine attunement to the natural world, Tiziana became disillusioned with the Church at a young age and declared herself an atheist. Following her intensive classical studies at the Lyceum Berchet, Tiziana embraced political activism as a secular means of improving the world and entered the University of Milan as a student of law and philosophy.

Even in the idealistic world of radical politics, Tiziana became acutely aware of a schism that cut across all ages, nationalities, and social classes: that of the disharmony between men and women in society, and as she discovered later in life, a gap between the inner masculine and inner feminine within each person. After completing her studies, Tiziana expanded beyond the rigid intellectualism of academic law when she moved to the United States to study painting and sculpture at the California College of Arts and Crafts, where she graduated Magna Cum Laude. It was there that her identity as a staunch atheist began to break down.

Soon after graduation, Tiziana contracted a severe, mysterious illness that brought her to the brink of death. The intensity of the excruciating pain of her prolonged illness forced her to transform her perception of reality, and she began to experience mystical visions that united her directly with her inner Christ and with the presence of the Divine. Tiziana then became aware that her relationship to God was not dependent on the Church, but on her ability to open to her spirit. She began to explore her inner world through rigorous practices of prayer, contemplation, and meditation. Her new connection with her inner divinity healed her physical body when the doctors had given up all hope, and confirmed Tiziana’s commitment to the mystical path.

The more Tiziana grew spiritually, the more she felt a calling to help others. She trained in somatic therapy and furthered her study of the psyche by attending the Masters Program in Clinical Psychology at San Francisco State University. Her dedication to the spiritual life solidified even more and she entered the seminary of the Church of Antioch, a branch of the Liberal Catholic Church, was ordained as a priest, and became one of the first women to perform the Mass.

Combining her formidable skills as itinerant priest, psychologist, artist, and mystic, Tiziana embarked on a decades-long career, offering workshops, trainings, and private sessions dedicated to the ultimate goal of revealing, understanding, and reconciling the growing rift between the masculine and feminine principles within and all around us. Working both with groups and individuals, Tiziana helped thousands of people to create profound transformations in their personal lives, their families, their relationships, and their connection with the Divine.

After many years of leading men’s and women’s workshops to awaken the power of the inner male and the inner female, Tiziana dedicated several years to solitary retreat in nature, where she wrote her first book, Sacred Fire: Rites of Passage and Rituals of Worship (Celestial Arts, 1995). During this period, she underwent a rigorous examination of herself and her purpose in life, which brought her to expand her understanding of reality and the methodology of her teachings.

In the course of her spiritual life, Tiziana had had many experiences of transcendent illumination, of dissolving her personal individuality into union with the Divine, and of ecstatic expansion into the higher realms of the light of God. However, as her power to transcend emotional and bodily suffering grew, she came to realize that no matter how successful she was in rising above the core emotional and psychological challenges of her life, she was not actually healing them. The same negative impulses continued coming up from the psyche even though she had attained the discipline necessary to witness them without acting upon them.

It was at this time that Tiziana made a breakthrough discovery: that the quest to end personal suffering through the pursuit of enlightenment does not heal the underlying physical, emotional, and psychological causes of suffering—neither for oneself, nor for others—and therefore her ability to transcend her own suffering was not healing the world, nor alleviating the suffering of others.

During this period, Tiziana let go of her conditioning to enlightenment-oriented, transcendent spirituality. She embraced a new embodied spirituality, one connected with the earth and the Mother and based on an intimate, transformative relationship to the deep psyche.

With this new awareness, Tiziana dedicated herself to exploring the powerful effects of bringing divine love into the darkest depths of the wounded psyche. By developing the Descent and Enlovement Process, she discovered that it is only through transmutation, and not through transcendence, that the way is cleared for the human soul to center itself around its divine core. In this way, the negative patterns that bind us to our intergenerational traumas and destructive archetypes are healed.

This transformation prepared the way for the extraordinary events that followed. On July 30, 1999, Tiziana was gifted with a series of visitations of Mother Mary, who—over the course of two years—revealed the sacred teachings of Adorata. The Adorata teachings transcend religious denomination and chart a path of Divine Feminine spirituality for all people of all genders to connect directly with Divine Mother’s Love and practice the Sacred Union of the Divine Feminine and the Divine Masculine within their hearts by embodying sixteen Divine Virtues.

Throughout her life, Tiziana has continued to produce sacred art which serves as a visual interpretation of her mystical experiences as a means to communicate divine grace. Tiziana’s art is infused with a divine energy that speaks directly to the heart, transfigures the soul, and blesses all those who view it with the warmth of the love of God.

An accomplished writer in both English and Italian, Tiziana is the author of the foundational text of the Adorata teachings, Adorata: The Path of Enlovement, its the companion book, The Adorata Codes of Love, her upcoming book The Sacred Lovers Within, The Adorata Sacred Madonna Cards, and numerous other commentaries and audio publications. A modern adept of the ancient tradition of illuminated manuscripts, Tiziana is currently preparing the next edition of Adorata: The Path of Enlovement by personally illustrating this sacred work with the brilliance of her own art.