#MeToo: What I Learned from Being Assaulted by a Mob of Men

How I discovered the patriarchy within me

Nobody ever grabbed me or touched me, but I was “raped” by a mob. The experience was so shattering that it changed the course of my life.

I was nineteen. It was a glorious early-summer day, and I was elated because I had just passed my Constitutional Law oral exam at the University of Milan with the highest grades. For that occasion, I had forgone my usual revolutionary student uniform—black turtleneck, jeans, boots and a Che Guevara beret—and was wearing a short sleeved, high neck blue dress, as was appropriate at that time for an exam in front of a committee of five university professors. 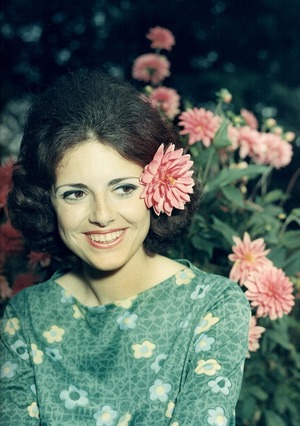 I was waiting at a bus stop to get back home, holding my law books under my arm, when I heard a loud commotion; male voices, chanting, the percussive clanging of people hitting metal pipes, striking metal discs as if they were cymbals. Then I saw them. It was a demonstration of the metal workers, who were on strike. I was excited, as I had been very active in the student movement supporting the working class and the unions. I believed in fair wages, good working conditions, and the rights of every worker to meet their basic needs. I had been fighting against exploitation with all the enthusiasm of my youth. Yes, the metal workers were my friends! I raised my fist in support, still holding my heavy books under my arm. One of them noticed me. He directed a lewd comment at me that seemed to excite the rest of them. From that moment on, as wave after wave of marching men passed by me, they hit me with horrifically vulgar words, wagging their tongues side to side, fingering in upward motion, telling me all the things that they would like to do to me. No, I wanted to scream, don’t you see? I’m on your side. I’m becoming a lawyer to protect your rights!

I was trapped on the sidewalk as the street swelled with men, a mass of men, nearly all enacting an imitation of rape. At first I froze and asked myself, “What did I do wrong, how did I provoke them, how did I bring this onslaught upon myself? Maybe I shouldn’t have raised my fist in solidarity, maybe I shouldn’t have smiled, maybe I was too dressed up and they thought I was a rich bourgeois bitch and hated me for that.”

But, as the procession of men continued to snake through the street, attacking me with their words and their gestures, I began to realize that what they were doing was for no reason other than that I was a woman. I was a young, pretty woman, and that was enough to incite their impulse to dominate me, possess me and violate me. It gave them the right to dramatize their fantasy of raping me. In fact, I saw them inciting one another as if they were expected to join in and show off their virility and their potency by assaulting me. They were strong, manly men with big coglioni and that’s what strong manly men are supposed to do: sexually ravage women.

As the long procession of men passed me by, my experience became archetypal. I was being assaulted not just by individual men but by a snake of masculinity that was viciously cruel and violent. I was not a person. In that moment, I was a cunt and a pair of tits to be impaled by their pricks. That’s all.

I felt pain in my heart. Lots of pain and betrayal. A flood of realizations washed through my consciousness. In an instant, I became aware that the male domination was not just sexual, it was cultural and psychological as well. I remembered the conversation I’d had only a few days before with my male friends, the intelligentsia of Milan, the topic being “Are women capable of true genius?” Well, obviously not, they reasoned, because in all of history, can you name an ingenious woman composer, or a brilliant scientist, or a great female painter? After all my years of classical studies, the only name I could come up at the time was Madam Curie. Well, obviously, they countered, there is always an exception to the rule.

I felt a surge of cold anger. I realized there was something really wrong at the base of our society. It was not just about the procession of the metal workers, emboldened by their rage at being economically oppressed. It was a pervasive violence embedded in the very structure of society, a fundamental inequality between men and woman, a subjugation that demanded the submission of the women, a submission that was physical, sexual, emotional and even spiritual. It was an imbalance of power that ran across all social and economic status. At its core, all of the violence and destruction could be reduced to the fundamental disharmony between the masculine and feminine.

My rage helped me to get out of the frozen state I was in. I turned and sneaked into a private entrance behind me. It opened into a courtyard-like garden. I hid there, sitting on a stone bench, waiting for the march of protesting men to move on. It hit me right then and there that my life had been altered forever by that experience, that I could not continue my political affiliations, and that I had to find answers elsewhere. Most of all, I realized that I had been brainwashed to accept my inferior status as a female human being. Sure, if you would have asked me then, I would have told you that I felt capable, brilliant, and courageous. But then why was my first reaction to blame myself, to think I had done something wrong? Was there any part of me that believed that I was inferior to men, particularly to powerful men in authority? Why was it that I couldn’t protect and champion myself when I was put down or humiliated by a man? Did I really believe in myself, or did I have a male voice inside of me, making me feel I was continuously wrong and I had to either apologize or defend myself with belligerent force?

On my way back home, I faced the fact that my conditioning had indoctrinated me to believe that I had fewer rights than and was inferior to men. I discovered the destructive male, what we now call the voice of patriarchy, inside of me. I knew then that, somehow, I had to change the imprint of that destructive male within me, and in his place, I had to develop a new kind of healthy inner masculine in my psyche, one who would be supportive, and strong, who would protect and champion me and love me from the inside out.

A year later, I moved to the States, changed my studies from law to psychology and visual arts, and joined a women’s group. Feminism educated me. But what truly empowered me, was my own twenty-year journey of the exploration and healing of my own inner male and inner female and the journey of harmonizing them within myself.

Forty years have passed since I started my search and discovered the deep work that we all must do to harmonize our true masculine and feminine natures. It is through the healing of the patriarchal masculine and the re-mothering of ourselves with the true feminine, (the feminine that has not been corrupted by patriarchy) that we can truly heal the trauma of abuse, and empower ourselves to live a healthier more balanced life.

I strongly believe that we must continue social and political activism, but our activism will not work unless we change the patriarchal gap between the inner male and inner female inside our own psyche or else the same problems will recur in a different form. The life and society we create is a projection of what is inside of us. The seed of evil that creates chaos and destruction in our lives and in the world is the patriarchy that lives within ourselves. It’s pernicious and hidden even from our best intentions. The most devious and dangerous aspect of patriarchy is its ability to hide in each of us, affecting our personal lives, our ability to relate to each other and our society at large.

I created this blog because it is my service to share freely with you the understanding and the practical ways in which we can heal the violent chaos that is unfolding all around us and the pain from abuse that we carry inside. Our world needs these insights and methods that I call the “Sacred Lovers Within.” It is time to heal the gap between the masculine and feminine.

With love in my heart, I embrace you.
~Tiziana ♥️

Sign up to receive Tiziana's latest blog posts delivered directly to your email.